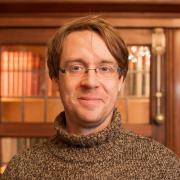 I am a Professor of Computer Science at the École normale supérieure (ENS, a member of PSL University), within the DI ENS laboratory, joint between CNRS, Inria Paris, and ENS.

The calendar below shows where I am on a given day (in blue) and the timeslots when I am busy (in red, in the future only).

Pierre Senellart /pjɛʁ sənɛlaʁ/ is a Professor in the Computer Science Department at the École normale supérieure (ENS, PSL University) in Paris, France. He is an alumnus of ENS and obtained his M.Sc. (2003) and Ph.D. (2007) in computer science from Université Paris-Sud, studying under the supervision of Serge Abiteboul. He was awarded an Habilitation à diriger les recherches in 2012 from Université Pierre et Marie Curie. Before joining ENS, he was an Associate Professor (2008–2013) then a Professor (2013–2016) at Télécom Paris. He also held secondary appointments as Lecturer at the University of Hong Kong in 2012–2013, and as Senior Research Fellow at the National University of Singapore from 2014 to 2016. Pierre Senellart has published numerous articles in internationally renowned conferences and journals (PODS, SIGMOD, AAAI, VLDB Journal, Journal of the ACM, etc.) He has been a member of the program committee and participated in the organization of various international conferences and workshops (including PODS, WWW, VLDB, SIGMOD, ICDE). His research interests focus around practical and theoretical aspects of Web data management, including Web crawling and archiving, Web information extraction, uncertainty management, Web mining, and intensional data management.